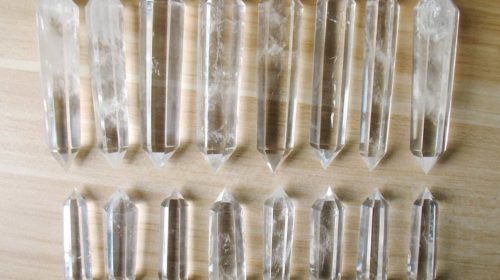 Composed of silicon and oxygen (silicon dioxide), Quartz, from the European “quarz“, is a key component in a wide array of minerals designated as “silicates.” It occurs as prismatic hexagonal crystals in compact masses and druses, as well as in dense fibrous or grainy formations without visible crystals. It is also an important mineral element in common rock such as granite, quartzite and gneiss, and in sedimentary conglomerates like sandstone.

For all its variety, when most people speak of “crystals”, they are usually referring to Rock Crystal (Clear Quartz), the six-sided prisms of pure light and energy known as the Perfect Jewel. In its sparkling light is contained the entire color spectrum.

In the metaphysical world, Clear Quartz crystals are the supreme gift of Mother Earth. Even the smallest is imbued with the properties of a master healer teacher. Ancients believed these stones to be alive, taking a breath once every hundred years or so, and many cultures thought them to be incarnations of the Divine.

Quartz crystal is valued for its piezoelectric and pyroelectric properties, by which it can transform mechanical pressure or heat into electromagnetic energy, and vice versa. Its ability to focus, amplify, store and transform energy is used throughout the technology world in ultrasound devices, watches, microphones, radio transmitters and receivers, memory chips in computers and other electronic circuitry.

Clear Quartz is excellent for amplifying the energies of other stones or to enhance groups of stones, and is ideal for gridding. It is the perfect base material for wands, staffs, templates, etc., and clear crystal spheres have long been used for crystal gazing.

The same properties of energy amplification, programmability and memory also make Clear Quartz the most versatile and multidimensional stone in the mineral kingdom for healing, meditation, expansion of consciousness, communication with guides, past-life recall, attracting love or prosperity, or virtually any purpose. However, with this power comes responsibility. To benefit from Rock Crystal’s blessings, one must feel in harmony with it and deserve its gifts. Intent other than for good inevitably brings harm back on oneself.

Precious and Semi-precious gemstones have been used since recorded history and probably before, for spiritual, emotional, and physical healing. Healers all over the world are using them. It is not to be used as a prescription, diagnosis or treatment. The information given is purely metaphysical in nature and is by no means medical. Crystal Healing is not an independent therapy, but one that is part of a holistic healing approach.

Made with love, light, and positive energy, cleansed before I ship out to you. Check out our Crystals Collection www.ahmedagate.net 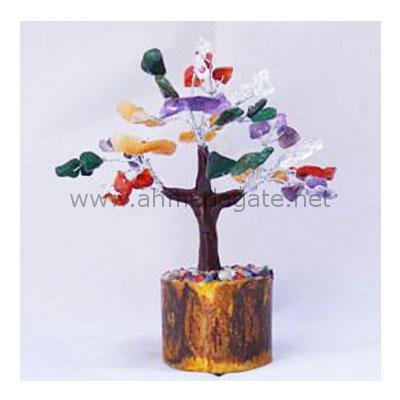 An ideally molded gemstone tree.Feng Shui gemstone trees or Feng Shui crystal trees are used as a remedy for problems according... 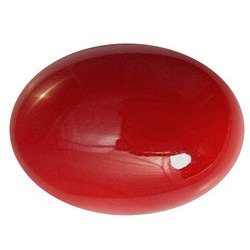 What is Orgone Crystal or Orgone Agate, Uses and Facts

What is Orgone Crystal or Orgone Agate, Uses and Facts